At times it can be hard to explain why warlocks aren’t necessarily bad guys. New players see the hellfire, the blood oaths sworn with various demonic or extra-planar entities and – not unfairly – wonder why they would ever be the sort of character to run around the world, righting wrongs and generally saving the day.

Annoyingly, they aren’t exactly wrong. At first glance the warlock class seems custom-made to appeal to evil-aligned players. Gaining power at the expense of one’s soul or shady promises of future servitude fits perfectly into the archetype of scheming villains much more than it does selfless heroes.

But the nature of D&D is that there’s no ‘right’ way to play a class. Just as you can have a selfish, evil Cleric, it’s entirely possible to roll up a kind-hearted warlock. All it takes is a little bit of planning and a well-planned backstory.

It’s not the Source That Counts…

Still, there’s no way around the fact that warlocks can be incredibly tricky characters to fit into conventional, good-aligned parties. Noble barbarians have been cropping up in fantasy fiction for decades and rogues with a heart of gold are ten a penny, but there’s no getting around the moral quagmire that is pact magic.

For a start, two of the three pact options available in the PHB are almost impossible to spin as anything but evil. Devils and elder things don’t necessarily need to be appearing as villains in the campaign for you to know they’re still entities you don’t particularly want a hero of the realm to be beholden to.

Even the Greater Fey aren’t exactly brimming over with wholesome goodness and light. They’re legendarily capricious and self-centred, and most are portrayed as viewing the lives of mortals as either irrelevant or potential playthings.

So, how do we actually portray a warlock as anything other than a villain?

Well, the easiest way is to just ignore the power source. You do magic, just like a Wizard or a Sorcerer, and if some of it happens to have a slightly spooky flavour then all it does is make you a little edgy. Even if you do acknowledge the fact that your character made a deal with Cthuhlu, it doesn’t have any more bearing on their personality or the plot than the lute classes the Bard attended at college.

However, I personally think this is a) a bit cheap, and b) a bit of a waste. After all, one of the reasons I love playing warlocks is the built-in character arc just sitting there for a crafty DM to exploit.

What happens when Mephistopheles calls in a favour, or Oberon spirits you and your allies away for a magical revel in the forest? All these things are great way to add depth to your character and to your powers.

Instead of ignoring the source of the pact magic, a good-aligned warlock may simply view it is a lesser evil than that which they are currently striving against. Possibly they view that it’s worth tarnishing their soul a little in return for the powers that allow them to protect their village or depose an evil baron.

Maybe they made the connection accidently, or were tricked into doing so. The PHB mentions the possibility of a scholar gazing into the heavens and catching a glimpse of an elder being shifting in the deepness of space. The mere sight of the strange entity creates a link between them, through which power and strange knowledge flows.

Erin M. Evans’ Brimstone Angels series contains a wonderful example of a young Tiefling being tricked and manipulated into making an infernal pact. Even though her powers are unambiguously malevolent in nature, she is still able to use them to do good and battle against evil on the material plane.

There’s even the possibility that the Warlock doesn’t even know they have a connection to one of these entities. Maybe they have a trace of infernal or fey blood in their lineage that unlocks a connection to some mighty ancestor. However, this doesn’t mean that the entity isn’t going to take notice of them once they start throwing some serious magic around.

When it comes to the day-to-day roleplaying, most of the time a Warlock isn’t going to be treated any differently to any other magic user. A majority of people in the world wouldn’t be able to notice any real differences between the magic used by the spellcasting classes in any case.

Ultimately, you should play your character the way that you want. You’re under no obligation to roll up a goody-two-shoes Warlock who’s afraid of her powers rather than the badass, hell-stomping badass you’ve always dreamed of. But at least it’s a possibility you should consider. 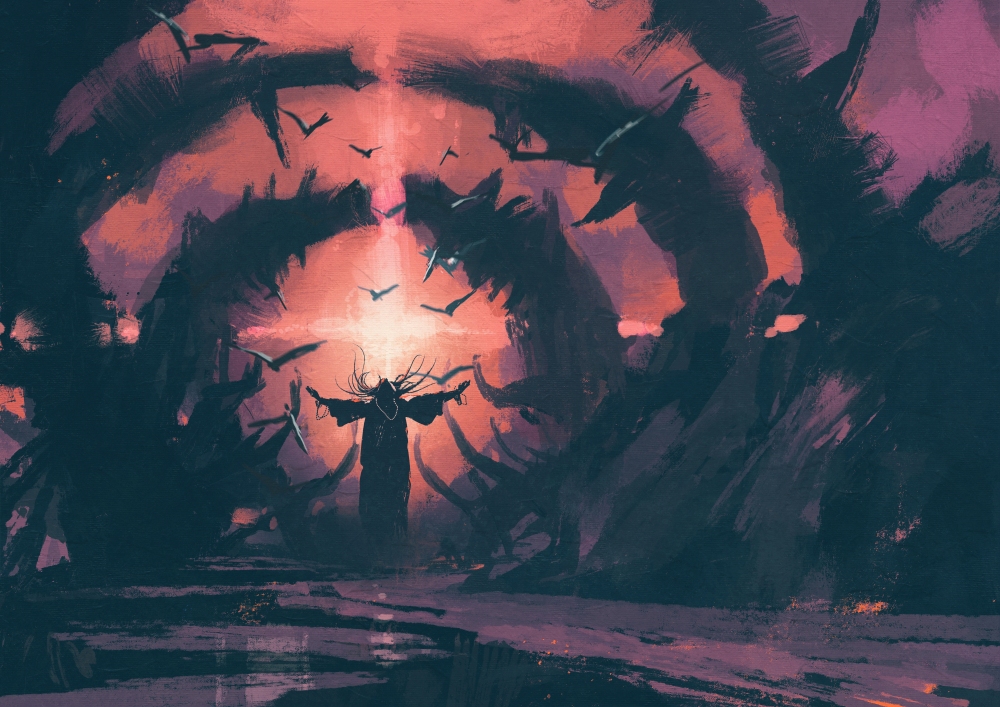 –       …but try and make sure that your personality fits in with what you’re doing.

–       Don’t be worried if your DM tries to bring your patron into the story – it’s a great way to grow your character and maybe pick up a few free boons along the way!

–       Unless you’re playing an edition that restricts alignments by class, don’t punish players for going against the grain.

–       Remember that some groups may not be willing to trust or even tolerate a Warlock who dabbles with certain pacts.

–       Bringing a pact entity into the story is a great way to spark character development – a player may be happy to draw on infernal powers, but how would they react if a devil manifested and demanded aid from them in person?