There’s a certain type of role-player that treats groups that use grids with the same disdain art-house cinema fans show for those queueing up for the next Michael Bay blockbuster.

To them those little squares represent a barrier put up between the DM’s words and the players’ imagination. They think – with a degree of justification – that they force concepts from the shallow world of videogames on their pure roleplaying experience.

Other people, however, can’t imagine playing a game of D&D without a battlemat in front of them. And I mean that quite literally – I’ve known groups that have spent their entire gaming careers working off grids, and react with incredulity when confronted with a combat encounter that they can’t see mapped out before their eyes.

One of the reasons I’m so sure of that second point is that until relatively recently I was one of those people who couldn’t imagine playing off-grid.

You see, my very first experience of any roleplaying game at all was 4E, a system that was all about the tactical combat. Indeed, one of the things that drew me to the game in the first place was the way in which it resembled the largely Japanese tactical RPGs I’d grown up with, such as Fire Emblem and Final Fantasy Tactics. 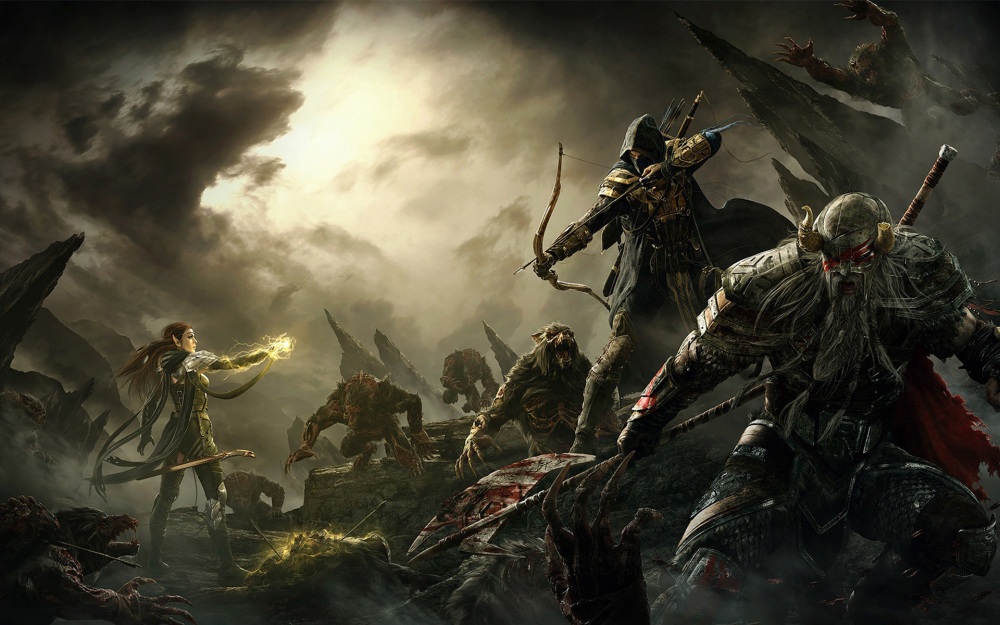 Community Theater of the Mind

Despite my formative experiences, however, I will readily admit that there’s something to be said for leaving the battlemat at home.

On the most basic level, relying entirely on theatre of the mind can speed things up. There’s no need for awkward pauses as the DM carefully draws out the next room, only to realise that she made it one square too wide or missed out a vitally important piece of scenery.

Instead, she can just read out the description on the fly. There are a half-dozen orcs, go stab them.

And though it may not seem that way at first, the fact that she has to read it out – and that the players have to pay attention – is another bonus.

When you have the room, cave or battlefield all drawn out in front of you it’s far too easy to reduce the entire scenario to so much geometry. Even the most immersed player can forget the creaking floorboards, mouldering grey curtains and the faint skittering of rats in the corner and instead just see a 2 x 10 corridor. It’s great for planning tactics, sure, but at the same time it yanks you out of your character.

The party don’t just need to make sure they’re paying attention to the DM, either. When you don’t have a grid to glance at it’s important to take note of what everyone is doing, allies included. If a player is the sort that would spend the time between turns updating Twitter and browsing for cat photos they’re either going to have to start focussing on the game or quickly become deeply unpopular after dropping a Fireball on the rest of the party.

Speaking from personal experience, there’s also something the be said for the lack of a map encouraging more description during combat. Movement and location is certainly much more fluid, and a good DM will allow players a bit of flair and improvisation.

Rather than simply saying “I move up three squares and attack the goblin” players can describe their actions in a much more dynamic fashion – “I dash forward and lash out with my sword, trying to run the goblin through.” Mechanically this is exactly the same, but simply making your players talk in a non-mechanical fashion is a huge bonus when it comes to immersing them in the world.

Playing off-grid feels wonderfully old-school, is quick and effective, and more than anything allows – even requires – every single person at the table to flex their imaginations. I love using theatre of the mind.

So why do I still use a grid for something like 80% of my combats?

Combat can be messy business. The Wizard has unleashed a Stinking Cloud that is drifting across the battlefield while the Kobold Slingers are darting up onto the walkway running along the east wall, tossing rocks and giggling in low Draconic. The Cleric is battling one Guard Drake to the west, while the ranger is fighting two more to the east.

With the best will in the world, keeping track of all of this can be an almost impossible task. Even if the DM can keep on top of it all, even the best players get distracted occasionally and very few of us have the privilege of working exclusively with the very best players.

Every time I’ve tried to run a fight more complicated than stabbing some guys in a corridor the combat has been constantly interrupted with people double-checking ranges, positions and minor details of scenery and furniture. At best this slows things down and leaves players frustrated, at worst it can lead to some truly stupid, immersion-breaking actions that simply don’t make in-world sense.

Earlier on I mentioned that the guy browsing Twitter will feel dumb when he dumps the Fireball on his allies. While it’s fine to say “well, he should have been paying attention,” it’s hard to ignore that there’s no realistic way that the character would have behaved to stupidly.

Even if your buddy Steve was too zoned out to realise the Fighter and Ranger were in close combat with those orcs, would Rabanet the 7th level Wizard really make the same error? Maybe, but probably not.

Hell, I like to think that I’m a fairly decent player and can keep track of what’s going on in the world, but recently I spend three turns maneuvering my Gnome Illusionist into a position where I could sneakily rain down death and confusion, only to told that I had misunderstood an earlier description and wandered off into the wilderness. It not only made me feel dumb, but I had to think up a plausible reason for explaining why my character had wandered off in the middle of a battle.

For all its flaws, being able to see where everything is at a glance is invaluable when it comes to running combat scenarios. It helps players plan their goes in advance and keep them from asking a barrage of questions the moment they want to cast an AoE.

Whether you like it or not, modern D&D is at its core a tactical combat game, and it’s hard to run those without a grid. I know people who haven’t drawn a map out in their life and I highly respect them for it, but personally I find that most of the time the benefits outweigh the flaws.

However, I will say that if you are a DM who exclusively relies on battlemaps, try to ditch them every now and then. One of the joys of 5E is that small combats – dealing with a couple of unaware guards, for example, needn’t be a huge, drawn-out affair. Instead, you can simply spin your words and allow the players to work their way forward through your imagination with no need for a map.

And remember, if a character asks if there’s a chandelier that they can try and swing on, you always say yes.